Foodconvertors: time as an ingredient

Foodconvertors are our vision on the kitchen of the future, with a focus on the most important question, posed as how can one combine cooking with a busy work schedule? The machines are small factories to be used at home; they can conserve food and add extra taste. The only thing they need is time to do their work. Foodconvertors offer the possibility to combine working and cooking.

Foodconvertors are the result of our research into a method for simultaneous conservation and preparation of food. The combination of time and food does not necessarily lead to decay. On the contrary, time can be a preparation method for of food. Time can have an influence on the quality of the food. In our research we have called this self-preparing preserved food.

In our food culture, fresh food is important. Products that are not fresh, are thrown away. However, in the case of self-preparing preserved food, the perspective is different: the older the food, the fresher it becomes. This is called a food paradox.

An important principle of this vision is that when elsewhere, you require time to cook, if you’re working, life in the kitchen is stagnant. We see this time as an unused potential in food preparation, because the kitchen does not have to be stagnant. The preparation of food is therefore adjustable to your work schedule, whether it takes place on a workday, a weekend or in the morning. In this manner, working and cooking can be synchronised.

There are three different foodconvertors:

The Herb Filter is a machine used to dry, grind and press herbs. The result is a ‘puck’ with which one can flavor any kind of liquid. The process of flavouring is slow: the puck is not only a flavouring, but also functions as a filter.

The Cyclic Rumtopf adopts a different and innovative approach to the recipe from the 1970s. The classic rumtopf is a pot of seasonal fruit, immersed in rum. At the end of the year the contents of the pot are consumed. By changing de rumtopf from a linear (stacking) to a cyclic (rotating) process, there is a continuous evolution of flavour. Every time something is removed from the rumtopf, something new is added to replace it. The rum preserves, but also transfers the flavour of earlier seasons to the new fruit assortment.

The Food Membrane is a part of dish that consists of two components, separated by an edible membrane. With time the membrane resolves, whereby the components combine. The – liquid – membrane forms a third component of this dish.

Foodconvertors were conceptualised for the 2012 Utrecht Manifest (UM12). This biennial event had the theme worklandscape, with the district Rotsoord in Utrecht as a source of inspiration. Curator was Jurgen Bey, with the collaboration of Ester van de Wiel as a curator for the part  entitled ‘Het Werklandschap EET’. 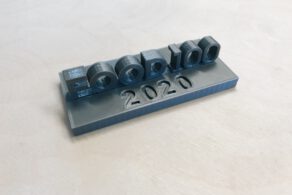 We are proud to announce that Digna has been listed in Food100 2020. She is listed in the category of established leaders, among colleagues such as… 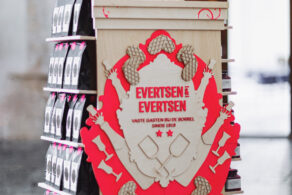 Zeeland Lords and churches: the unmanaged tombe of the…

Many prominent figures (nobility, clergy, patricians) have made their mark on Zeeland. This can still be seen in impressive churches, town halls and many monuments.…