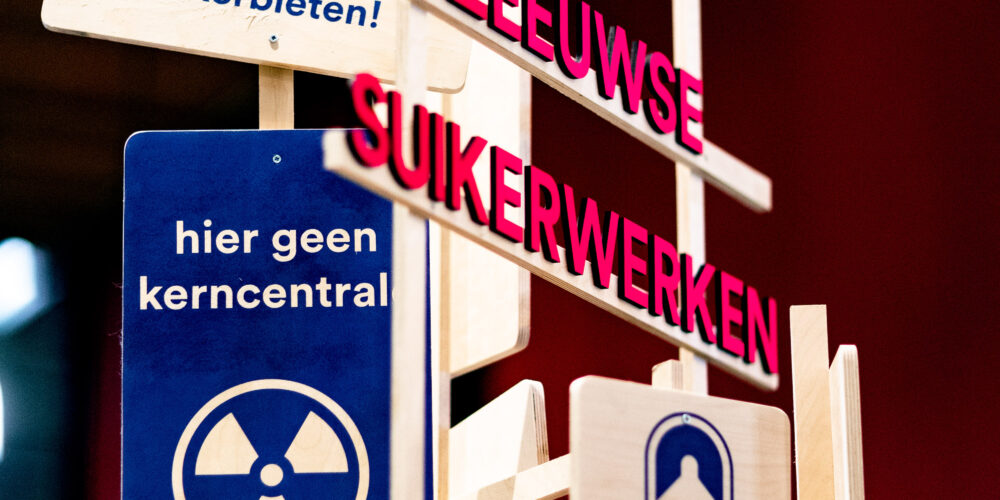 The sugar industry was an important part of Zeeland’s industrialization. From the 19th century onwards, welfare policies have left their mark: the agricultural province was industrialized with canals, railways and factories. Welfare politics still play a major role in Zeeland, with the marine base and the compensation package as the most recent chapter. Zeeuwse Suikerwerken (Zeeland Sugar Works) recalls the history of industrialization and links this to contemporary (political) topics in Zeeland: the marine base, the toll tunnel and the nuclear power plant.

Zeeuwse Suikerwerken candies are both an ode to the province’s historical industrialization as well as an ironic comment on current policies.

The sugar industry served as a quick and promising industrial development in the 19th century: especially in Zeeland it brought hopes for increasing workforce and expanding the provincial economy. Those aspirations still play a role in provincial politics. Increasing the workforce, attracting new inhabitants, making sure the provincial economy keeps developing: policies are continually aimed at these themes. Most recently this has lead to a national controversy when the planned relocation of the Dutch Marine quarters to Vlissingen, Zeeland, were cancelled and Zeeland was left with empty hands. To compensate for the damage already done, Zeeland received a “compensation package” by the national government that consists of plans for expanding education facilities, employment, and mobility for Zeeland. Nevertheless, Zeeland continues to struggle in some areas. Should a second nuclear power plant be placed? Should the toll tunnel -the only connection of Zeeuws Vlaanderen to the rest of the Netherlands- become free of charge? These political dilemmas are critical for Zeeland’s future.